On the upper levels of an inconspicuous building on the Brisbane Royal and Women’s Hospital (RBWH), 3D printing technology is creating products that may one day save your life.

The Herston Biofabrication Institute says it is the first organisation in Australia that brings doctors, engineers and academics together to focus on the many medical uses of 3D printing.

Printers slowly build up layers of resin to create a desired body part for cancer patients.

“The goal was very much to support that coordination of engineers and researchers with clinicians and consumers on one site,” General Manager Mathilde Desselle said.

Ms Desselle said the institute employed 50 employees and about 25 students who apply 3D printing to a “myriad sub-specialties”.

Moulds are used for patients and also provide students with realistic training simulations.

“We’re able [to do this] from medical imaging, such as when you have a CT scan. We take those images and create a 3D model of your anatomy,” she said.

“Then we use that to 3D print and model [something] that will look and feel like the real thing.

“What we’re able to do is 3D print something that will look like bone, and feel like bone, so when we drill in, it’s like bone.”

Essentially, it gives doctors a practice run at drilling into your skull before metal touches bone.

“To help support this, we need to look at ways where we can automate,” she said.

“Today, everything is personalised, and healthcare is going that same way.

“We need to keep doing better and better at matching solutions to the individual patients. That’s what 3D printing allows us to do.”

RBWH Director of Medical Physics in Cancer Care, Tanya Kairn already knows how meaningful this technology could be for patients.

She said the use of 3D printing technology has been “revolutionary” for her patients.

A model human head has the eyes of someone who has faced radiation one too many times.

Dr Kairn said technology like this has been used to measure radiation doses for specific patients to make treatment safer.

“We can calculate that dose, and we can predict that dose, but we can’t measure it,” she said.

“So, what we need is a really good replica of the patient, that includes all these different densities.”

Without a manufactured layer being placed on the skin, radiation levels can build up in the underlying flesh and have little effect on the skin.

This layer is called a “bolus”, which is made from wax and other materials and has been used for decades.

Dr Kairn said 3D printing has made a “huge difference” to the pain experienced by skin cancer patients.

To demonstrate, Dr Kairn held up two red nose moulds, as well as two oddly shaped blue moulds made for people whose faces have been eaten away by cancers.

Dr Kairn said eliminating the need for a health professional to physically touch patients’ “painful, inflamed cancerous tissue” to form a mould has been “revolutionary”.

“We’ve treated over 100 patients using these types of devices,” she said.

While face cancers are a common use for the technology, it can be used on any part of the body with an external cancer.

While the work of Dr Kairn deals with external radiation, Senior Medical Physicist Rachael Wilks deals with radioactive sources inside the body.

Dr Wilks has been working on a clinical trial that utilises 3D printed moulds to treat “a whole range of gynaecological cancers” using brachytherapy.

Brachytherapy is the insertion of radioactive material inside the body and is sometimes known as internal radiation.

It targets tumours directly and is often used in combination with external treatments.

Usually, brachytherapy is delivered via cylinders that vary in diameter.

Dr Wilks said most patients can be treated with these cylinders, but problems can arise from the fact that “patients aren’t cylinders with different diameters”.

She said there were existing custom mould techniques, but they were “imprecise” and took multiple efforts.

“This is a way to do it once. So, a lot of time savings and material savings as well,” she said.

“It enables this brachytherapy to be delivered to patients that would otherwise never have [this].”

The current clinical trial involves 10 patients with the goal of expanding it so the technology can be made available to more patients. 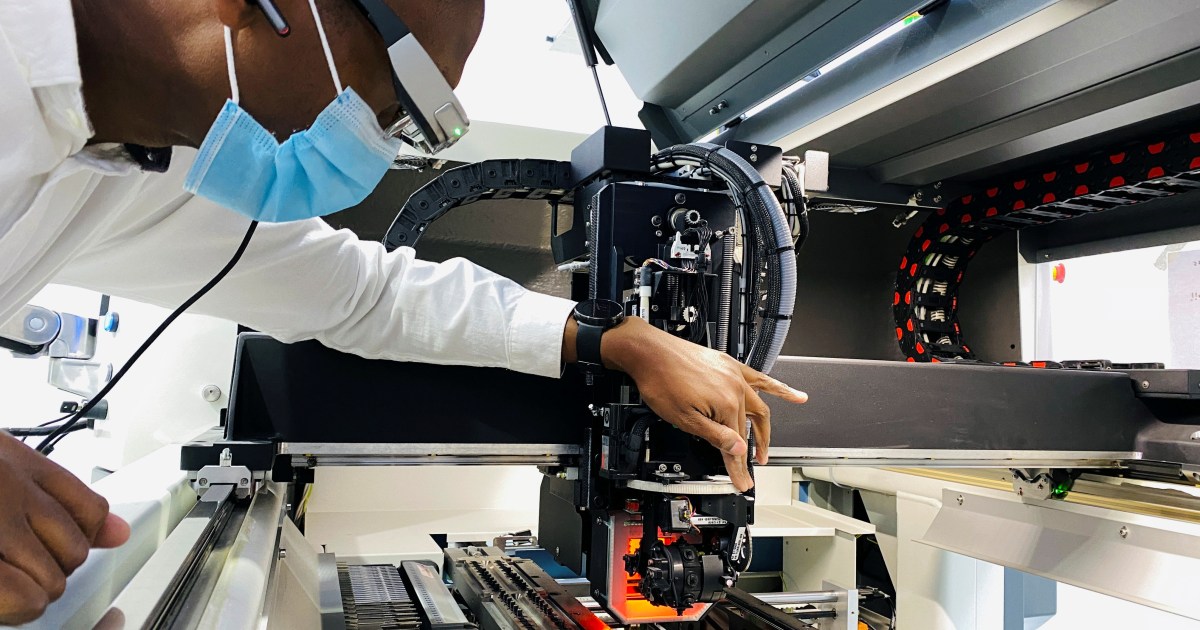 Previous post Technology and the future of jobs in Africa