Personalised pills containing several different medications in tailored doses will soon become available thanks to a breakthrough in 3D printing technology, i can reveal.

London’s Great Ormond Street Children’s Hospital is planning to install a 3D printer in its pharmacy because its specialists believe “the ability to tailor drugs easily for individuals will be essential”.

It currently takes about three minutes to print a single pill, but scientists at University College London (UCL) have developed a new technique that can do it in three seconds. And they are confident they can cut it to less than a second.

This paves the way for doctors and pharmacists to print personalised pills for everything from cancer to statins on the premises while patients wait. This would allow doses to be tailored and several medications to be combined into a single pill.

And scientists pioneering the technology say that it could eventually allow patients to print their own pills at home.

At the moment, tailored doses are rare because they are produced by hand and take a long time to prepare. This means most people have to take one-size-fits-all pills.

While that is fine for most patients, there are many others – particularly children and the elderly – who would benefit from tailored doses, which would make treatments more effective.

“This could really be a game-changer for the pharmaceutical industry,” Alvaro Goyanes, the UCL scientist behind the 3D printing breakthrough, told i.

“Personalised 3D-printed medicines are evolving at a rapid pace. They are starting to reach the clinic for trials and in a best case scenario they could be used in the health service in three to five years.”

Up to 70 per cent of medicines currently given to patients are ineffective, in large part because they are given in sub-optimal doses, according to an NHS paper on personalised medicine.

Dr Goyanes said that when a dose was too high it could mean unpleasant side effects for some patients, and when it was too low it could limit the medicine’s effect.

Steve Tomlin, Great Ormond Street Hospital’s chief pharmacist told i: “I am already looking to put a 3D printer in the pharmacy at GOSH to support trials of use of 3D medicines. Knowledge of genetic differences in people’s responses to medicines (pharmacogenomics) means that we know that for many drugs one size does not fit all.”

The technology would also “greatly” benefit clinical trials “where finding the right dose is key”, he said.

But he added that initially it would only be worthwhile for a minority of drugs. Most medicines had “one or two different tablet strengths that will work for most patients” he said.

“It is obviously easier and more cost effective to carry on producing these in bulk.”

The new technology also has the potential to transform healthcare for millions of Britons by enabling the production of specialist “polypills”, involving tailored doses or several medications.

And, in some cases, these personalised pills may be able to replace injections – which are often favoured over pills despite being more invasive, because it is easier to vary the dose with liquids.

While there are a handful of – non-3D printed – polypills available, they are extremely rare as there are so many combinations of pills and doses to take into account that it’s not worthwhile to produce them.

Dr Goyanes said the machines needed to 3D-print pills currently cost £50,000-£70,000 which restricts their use to big hospitals.

But both he and Mr Tomlin say that eventually the technology could see many of us producing our own tablets at home using a smart phone and a printer the size of a coffee machine.

“You could leave the printer working overnight and have your medication ready the next day – personalised with the right dose, depending on your blood pressure levels or whatever,” Dr Goyanes said.

“We have proven the concept.”

Mr Tomlin suggested a future where “every home will have a 3D printer and if you need a medicine you will be given the polymer including the drug ingredient you need”.

“Your computer will look at your weight, pharmacogenomics etc and the printer will calculate the exact amount of the drug that is needed for you and print it out,” he said.

Personalised pills printed by health services are likely to come much sooner. Instead of printing the tablet layer by layer, Dr Goyanes’ team has worked out a way to print it all at once by building up resin from a variety of angles.

Dr Goyanes, who is commercialising his technology through his London-based spinout FabRx, is involved in several trials of personalised printed polypills.

One is for early stage breast cancer that combines anticancer therapy and anti-side-effect treatment in a joint project with Europe’s top-ranked cancer hospital, the Gustave Roussy in Paris, involving 300 patients at seven hospitals across France.

“To reduce the risk of recurrence, many women with early-stage breast cancer are treated with hormone therapy for five years, often with additional treatments to manage side effects,” said Maxime Annereau, the Gustave Roussy pharmacist leading the project.

“Taking all of these treatments in a single 3D-printed tablet with a personalised dose should make it easier to complete the treatment.”

Sheng Qi, Professor of pharmaceutical material science and technology at the University of East Anglia, is also at the forefront of developing new techniques for 3D printing tablets and thinks “it will definitely improve the care and treatment for certain groups – such as patients with rare diseases” but will not replace most medications.

While personalised 3D-printed drugs have been allowed in a handful of clinical trials, a change in legislation would be required for them to be offered in the UK.

But this is something the Medicines and Healthcare products Regulatory Agency is actively considering.

The light from a smartphone screen can be used to print medications, according to a proof-of-concept study of a new 3D printing technique developed by Dr Alvaro Goyanes’ team.

The method could make it easier for personalised medicines to be prepared in clinics, remote areas or even in patients’ homes, according to a study in the International Journal of Pharmaceutics.

In the latter scenario, the patient would be sent a personalised resin formulation forming the basis of the tablet, constituting the required drug dissolved in a solution of a photoreactive chemical.

Their doctor would prescribe a set dose of the medicine. The patient then pours the drug solution into their printer’s resin tank.

The patient then opens an app on their phone that will allow the pill to be customised and inserts their smartphone into the printer, where the light from the screen reacts with the drug solution to solidify into a tablet of the appropriate size and shape with a set quantity of the drug.

Researchers successfully used the technique to prepare tablets containing warfarin, a blood thinner, in different dosages, sizes and shapes, allowing the dose to be released into the bloodstream at customised rates. 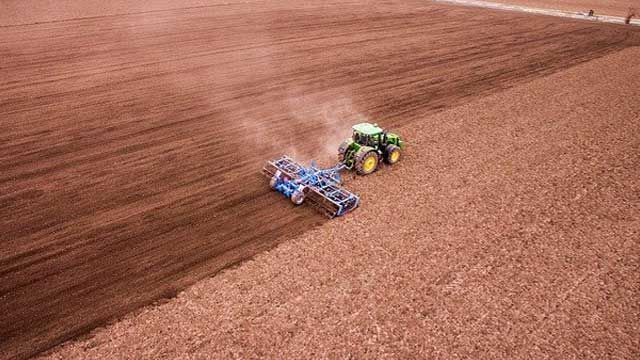