On January 25, 2022, the America Creating Opportunities for Manufacturing, Pre-Eminence in Technology, and Economic Strength (America COMPETES) Act was introduced in the House of Representatives. Similar legislation, the United States Innovation and Competition Act (USICA), was passed by the Senate on June 6, 2021. The goal of both bills is to raise the United States’ domestic and global competitiveness, especially in relation to China. While there is considerable bipartisan agreement on the need for a federal industrial policy, there is still substantial disagreement over what form, exactly, that policy should take. Hence, despite bipartisan support for USICA in the Senate, the bill’s legislative process was anything but smooth, resulting in many amendments and additions. USICA is now an omnibus bill that contains a wide range of provisions, from subsidizing semiconductor manufacturing in the United States to banning shark fin sales.

While there are noted differences between the two bills, both in composition and level of bipartisan support, America COMPETES, like USICA, is a large omnibus bill that contains wildly varying provisions. Both bills would engage in industrial policy that would place a heavy federal hand in private industry, and could waste billions of taxpayer dollars. This paper reviews the major similarities and differences between America COMPETES and USICA, and highlights the inefficient federal interventions both bills support.[1]

Note: America COMPETES contains various immigration and technology provisions that USICA does not. For information on the immigration provisions, read more here.

The central goal of America COMPETES and USICA is to raise the United States’ domestic and global competitiveness to counter China’s growing global economic influence. Both bills aim to achieve this by imposing a broader federal role in industrial policy. While there is no formal definition of industrial policy, it can be broadly defined as policies that promote domestic industries through subsidies and protectionism. Through industrial policy, the government picks winners and losers, a task for which the government is ill-suited and that could result in wasting billions of taxpayer dollars.[2] Below are two key examples of industrial policy found in America COMPETES and/or USICA.

Like USICA, America COMPETES would authorize $52 billion for the Creating Helpful Incentives to Produce Semiconductors Act (CHIPS) for fiscal years (FYs) 2022-2026. CHIPS is the central component of both bills and is the most important provision for legislators on both sides of the aisle. Of the total authorized, $39 billion would be for grants to U.S. firms that are attempting to build semiconductor fabrication plants, commonly knowns as “fabs,” in the United States. Another $6 billion would go toward loans and loan guarantees for the same purpose. The rest of the funding would be spent on semiconductor technology research and development (R&D) and administrative tasks.

While CHIPS is very popular on both sides of the aisle, it may not relieve current shortages as intended. It takes many years to build a physical semiconductor production facility, so by the time CHIPS became law and it funds were spent on building production facilities in the United States, the COVID-19-induced global semiconductor shortage would be over. Moreover, the semiconductor industry, like many other capital-intensive industries, is cyclical in nature because it is logistically difficult and expensive for manufacturing facilities to rapidly increase production to meet sudden surges in demand. It is thus best for market mechanisms, not government intervention, to address these issues.

The private sector is already making its own investments (with no federal funding) that are far larger than the $52 billion funding in CHIPS. Intel has announced plans to invest $20 billion into two semiconductor factories in Ohio.[3] TSMC, a Taiwanese company and one of the largest producers of semiconductors, has announced plans to spend $12 billion on a new production facility in Arizona.[4] Micron will spend $150 billion over the next 10 years to build new production facilities in the United States.[5] Samsung has also announced plans to invest $17 billion in a new production facility in the United States. These private-sector projects alone would invest nearly $200 billion, and all were announced before CHIPS. The $52 billion in CHIPS spending is an arguably unnecessary intervention, which would benefit a largely healthy semiconductor industry.[6]

A major difference between the two bills is that America COMPETES would create a new Supply Chain Resilience Program (SCRP) that would cost $45 billion for FYs 2022-2027. Through SCRP, America COMPETES would engage in a more aggressive industrial policy than USICA. The SCRP would provide grants, loans, and loan guarantees to U.S. entities that engage in certain “eligible activities.” These activities include but are not limited to “the manufacturing of a critical good or industrial equipment in the United States, the commercialization, adoption, or use of manufacturing technology by domestic manufacturers. . . the purchase . . . or retooling of industrial equipment for use in the United States,” or even “the relocation of manufacturing facilities related to the production of a critical good into the United States.” The term “critical good” has been generally defined as any item whose absence would threaten national or economic security.

A supply chain is a sequence of transactions that results in the final assembly and delivery of a good or service, and it can be short, long, simple, complex, quick, or time-consuming. Firms pick the combination to deliver the best value proposition they can. It is therefore already in the private sector’s interests to solve supply chain issues or shortcomings as firms add value and make money in such endeavors. The SCRP, like CHIPS, would most likely be a broad and unnecessary expense without the intended impact.

A major difference between the two bills is how they prioritize research funding. USICA would allocate most of its research funding to the National Science Foundation (NSF). The NSF is an independent agency that provides federal funding through grants and loans primarily for basic research that focuses on testing and improving fundamental scientific knowledge and theory. USICA would also create a new technology directorate within the NSF that would instead focus on applied research. House lawmakers disagreed with these USICA provisions, arguing they would hamper the NSF’s ability to focus on its primary mission of basic research. Hence, America COMPETES mainly allocates its funding for research through the Department of Energy to create new R&D programs including but not limited to “basic energy sciences, artificial photosynthesis, electricity storage, biological systems science and climate and environment science, applied mathematics, computational science.” America COMPETES does create a new directorate at the NSF called the Directorate for Science and Engineering Solutions, but it would be smaller and receive less funding compared to the new technology directorate ordered by USICA. Nevertheless, both bills would increase the federal government’s role in dictating private-industry research initiatives.

Countering China means different things to different constituencies. Any anti-China bill, like American COMPETES and USICA, will inevitably become an omnibus bill as legislators seek to prioritize proposals, both effective and not, that are popular with or helpful to their constituents. Therefore, both bills contain a wide-ranging set of provisions that vary tremendously in focus and impact.

Both bills renew the Generalized System of Preferences (GSP) but for different time spans. GSP reduces or eliminates duties and tariffs for certain imports from low-income countries. USICA would renew GSP until January 1, 2027, whereas America COMPETES would renew GSP until January 1, 2024. U.S. importers lost relief from tariffs and had to resume paying duties and tariffs when GSP expired at the end of 2020. Importers of GSP products would be retroactively refunded for these amounts paid and would no longer be required to pay duties and tariffs on GSP imports until expiration in2024 or 2027, depending on which date is included in the final bill.

Both bills order the creation and implementation of a national strategy to increase public investment, lending, and trade abroad, focusing mainly on Latin America, the Caribbean, Taiwan, Africa, and Southeast Asia. These areas have already received large amounts of Chinese investment. Notably, both bills also ban the sale of shark fins and order new studies of coral reefs.

A major difference between America COMPETES and USICA is the level of bipartisan support for these bills. Although the legislative process for USICA was anything but smooth, USICA still passed in the Senate by a final vote of 68-32, meaning 19 Republicans joined Democrats in voting for passage of the bill. There is less bipartisan support for America COMPETES, as Republicans have criticized House leadership for not considering their input when crafting the bill. House Republicans specifically oppose the provision that would authorize $8 billion in contributions to the Green Climate Fund—a United Nations program that finances clean energy projects—which they have criticized as unaccountable and ineffective in its mission and a waste of taxpayer money. While this division may not be an issue for passage of the bill in the House—Democrats would only need a simple majority—this disagreement will inevitably reappear when the House and Senate reconcile America COMPETES and USICA.

America COMPETES and USICA would represent a dramatic expansion in the federal government’s role in the technology industry. Both bills would engage in industrial policy by dedicating billions of dollars to subsidizing R&D and manufacturing of key tech projects. The bills demonstrate that both sides of the aisle are willing to employ industrial policy to further certain domestic and foreign policy goals. Unfortunately, the federal government is both far slower and less adept than private industry at responding to market demands. As such, this exercise in industrial policy is likely to simply shift billions of taxpayer dollars to already profitable industries without realizing much economic gain.

[1] Due to the large size of both bills, this insight is by no means an exhaustive list of the differences and similarities between the bills but rather a highlight of some of the major components of both bills and how they differ from each other. 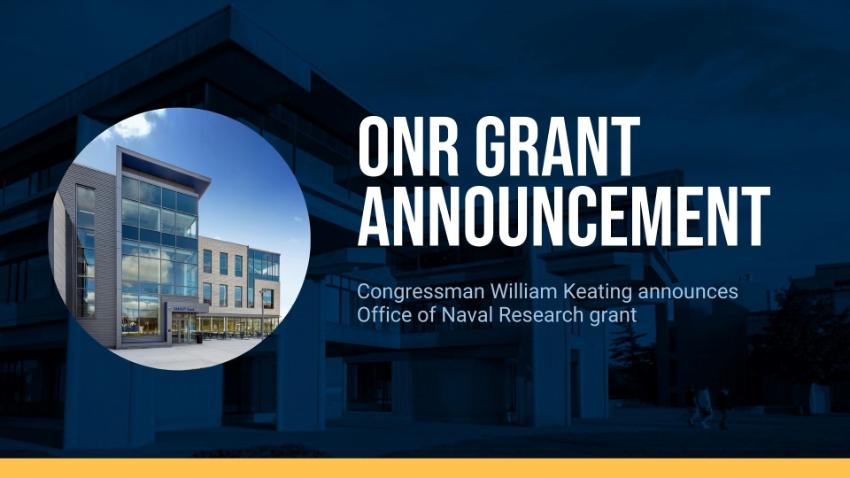 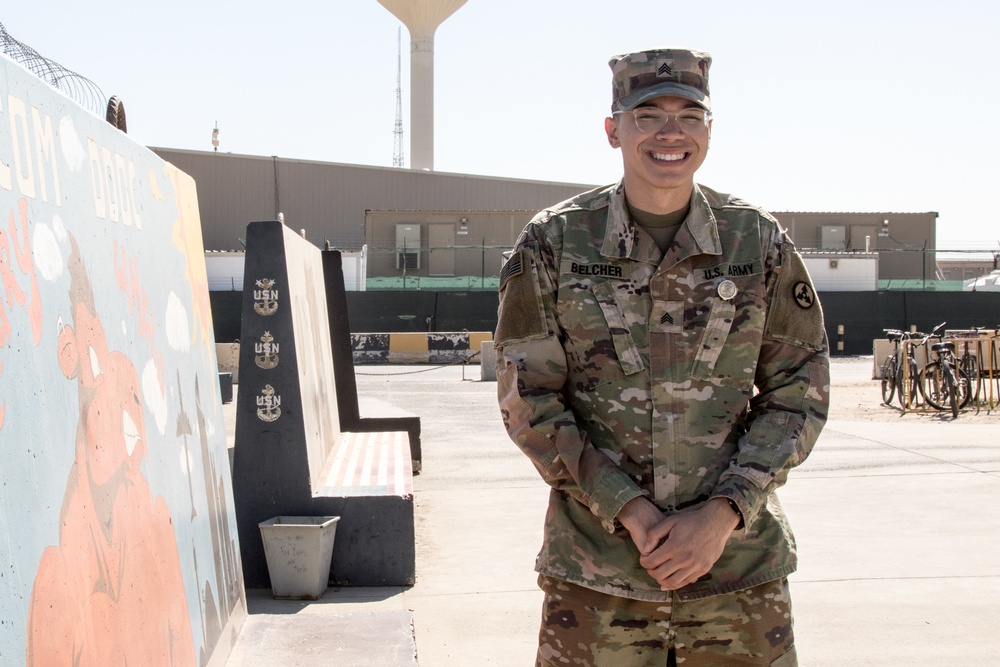