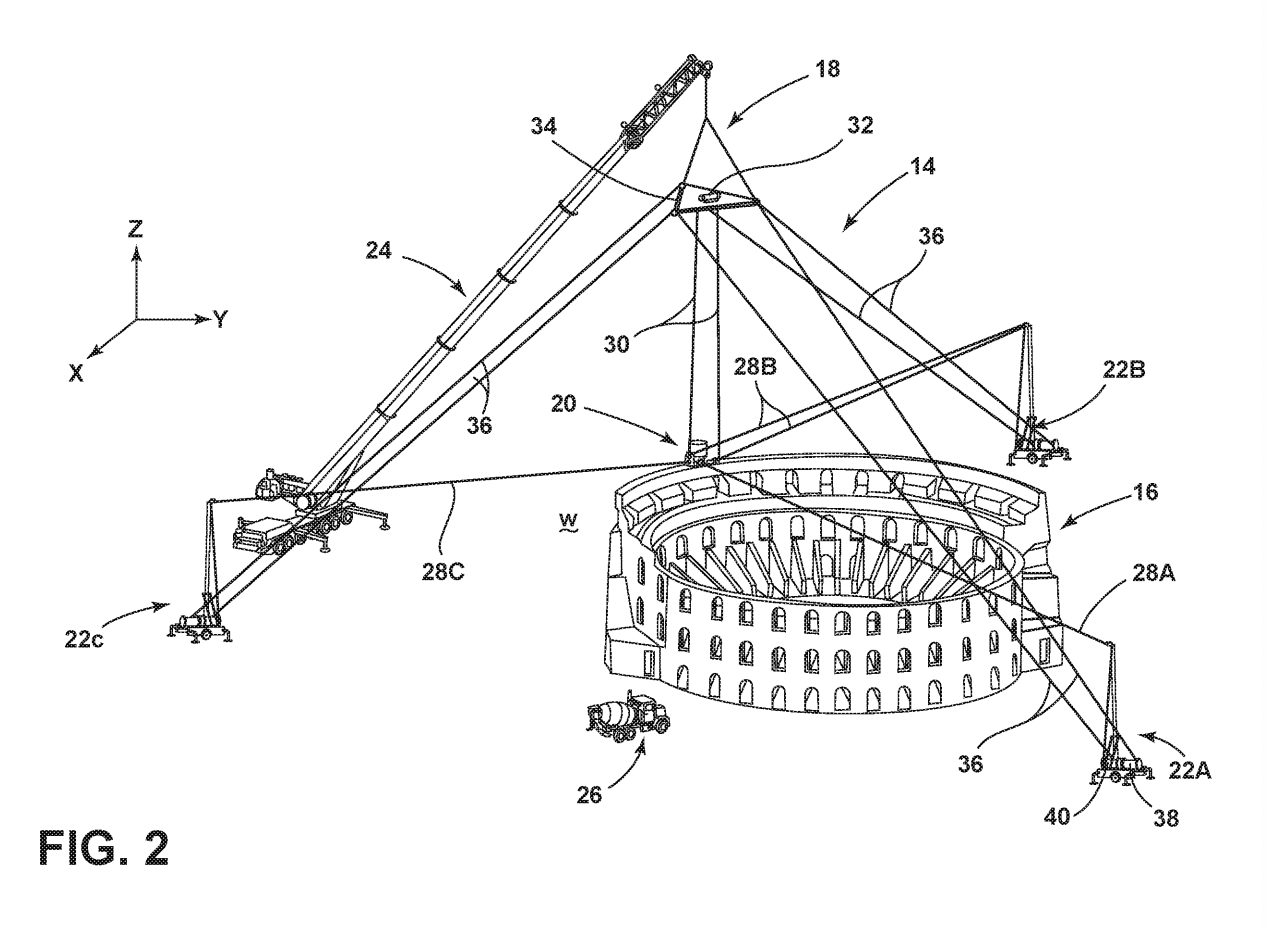 Insiders and analysts have made their predictions on the 3D printing trends to watch out for. Find out more in our series focused on the future of 3D printing.

Oak Ridge National Laboratory (ORNL) has patented a novel cable-driven construction process in which a nozzle can be used to 3D print entire buildings while suspended in mid-air.

Nicknamed Sky Big Area Additive Manufacturing, or ‘SkyBAAM’ for short, the technology is designed to be operated using cords attached to cable winders, that provide users with full spatial control over the movements of its end effector.

SkyBAAM’s creators say that its ease of setup eliminates the need for the extensive site preparation currently required when deploying gantry-mounted systems, which is “preventing them from becoming commercially viable.”

According to the patent documents, which have been published on FedInvent, it covers “cable-driven AM systems that include an end effector configured for linear translation within a three-dimensional workspace, an aerial hoist suspending the end effector by at least one suspension cable, a plurality of base stations disposed below the aerial hoist and control cables running from each.”

In the preface of their patent, the team behind SkyBAAM make the case that using conventional processes, constructing the average family home generates 3-7 tons of concrete waste. By contrast, the ORNL engineers say that leveraging 3D printing to do so enables the creation of more sustainable structures with “unique geometries,” while using “much less material” and energy to boot.

Many current construction systems feature nozzles mounted to a gantry framework, in a way that allows users to scale their concrete deposition as needed, and build structures up to three storeys in height. Using COBOD’s gantry BOD2 printer, for instance, the PERI Group has previously been able to erect a three-floor apartment building in Germany, and gone on to list it on the country’s rental market.

ICON has also attracted a significant amount of investor interest in its Vulcan technology, and the firm has now raised over $266 million in funding to support its ongoing development. While not attached to gantry in the same way as other construction 3D printers, even the next-gen Vulcan, which was unveiled mid-2021, features a printhead that’s mounted onto and moved by parallel base stations.

Yet, despite rising interest in such 3D printers, the ORNL team has criticized their complex setups, which they say are a “barrier to their commercial implementation.” The engineers also suggest that current printed structures aren’t as “aesthetically pleasing” as those made from other facade materials, and they can require lengthy reinforcing, thus an “improved large-scale, fieldable” system is needed.

As opposed to conventional concrete 3D printers, the SkyBAAM system outlined in ORNL’s patent is designed to be operated using a series of pulleys, which can be controlled via on-site base stations. At the tip of the machine, is a suspended end effector, on which its said that any cement-compatible nozzle can be attached, as well as a boom, capable of carrying a hose for supplying this with material.

In practice, the SkyBAAM’s inventors say that two of its base stations should be fitted with actuators such as cable winders, in order to move its nozzle into position, with a third being used as a passive base, providing only tension control. However, the researchers have also left some wiggle room for the system to be customized, with additional stations, cable guides or an auto-operated central controller.

According to the machine’s patent, one of the main benefits to switching from a gantry to a cable-mounted setup, is that pulleys can be releasably secured, making the latter much easier to deploy. What’s more, the system’s design is said to enable it to operate with just three degrees of freedom, compared to the six required by normal cable-driven systems, making it both simpler and more fieldable.

The SkyBAAM 3D printer may still be at an early stage of development, but this hasn’t stopped the ORNL from deploying it on an experimental level, and in May 2020, its researchers used the technology to build a first-of-its-kind ‘Smart Wall,’ featuring built-in electronics, that enabled it to serve as an energy-efficient room cooling system.

“What makes SkyBAAM unique is that it eliminates the need for a gantry system commonly found in large-scale additive manufacturing systems,” ORNL researcher Brian Post said at the ‘EMPOWER’ Smart Wall’s unveiling back in 2020. “It can be set up within hours at a construction site with minimal site preparation.”

ORNL continues to act as a hub for 3D printing innovation, with the group’s researchers having achieved several advances that aid the technology’s wider application, in the last year alone. Earlier this month, the Ultra Safe Nuclear Corporation licensed an ORNL-developed nuclear part 3D printing method, in a move that could help make it a commercially viable production process in future.

Late last year, the organization also announced it had come up with a novel water-soluble plastic binder that can be 3D printed into parts with “exceptional strength.” Using the material, which is said to have twice the strength of conventional binders, ORNL researchers have been able to build a silica sand bridge capable of holding 300 times its own weight.

In the world of construction, meanwhile, ORNL engineers have previously worked with those at Cincinnati Incorporated, to develop a recycled material 3D printing setup for its Big Area Additive Manufacturing (BAAM) system. Through the creation of an innovative extruder design with a dual material feed, the team were eventually able to automatically 3D print a ten-foot multi-material composite tool.