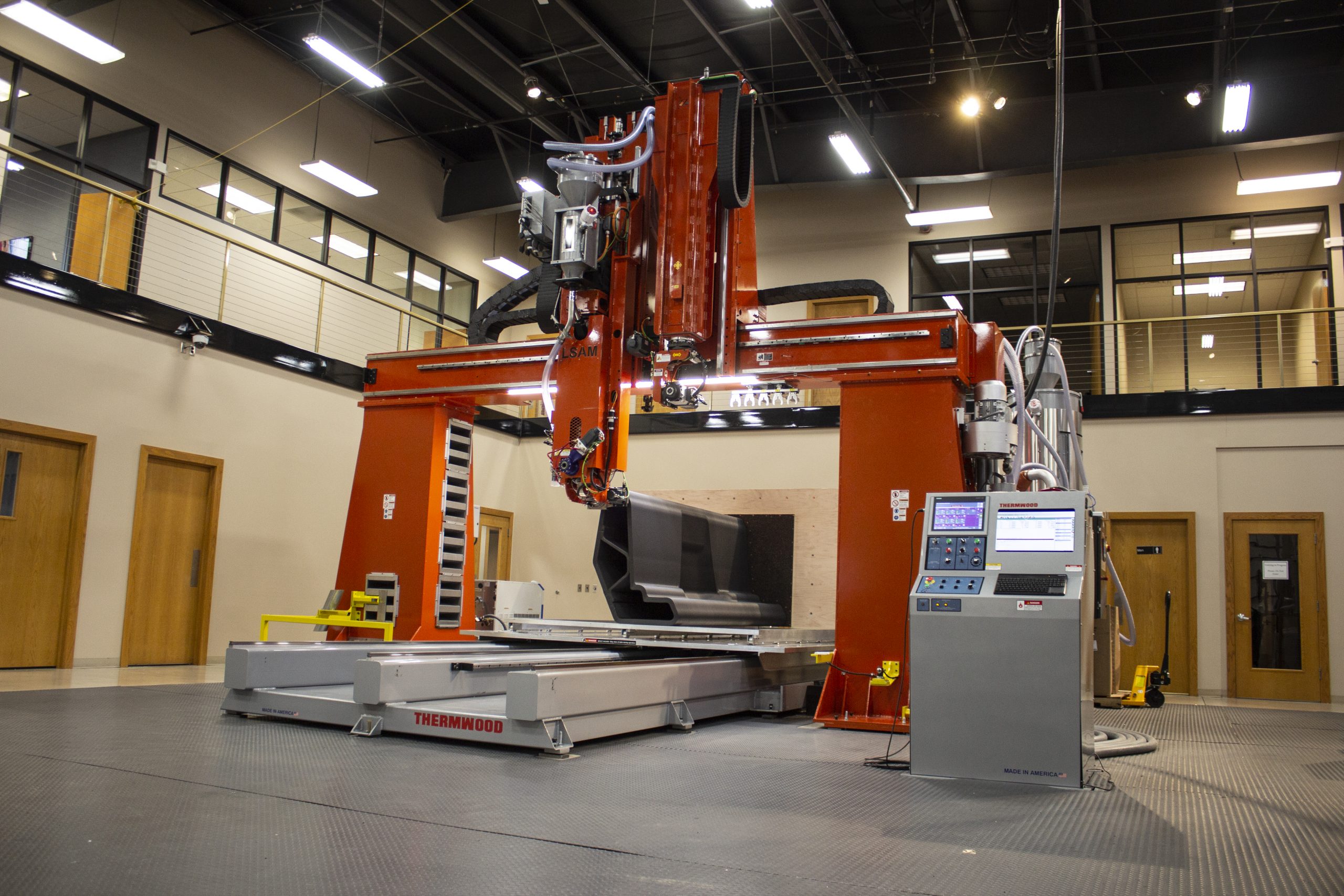 The Thermwood Corporation, a CNC machinery and large-format 3D printer manufacturer, has gained 32 new patents to further protect the technology behind its proprietary additive production systems.

Specifically, the patents are said to relate to the firm’s Large-Scale Additive Manufacturing (LSAM) machines, which in their newest configuration, enable the creation of single-piece parts up to ten feet tall. Having first had the patents approved under COVID restrictions, Thermwood has now had their physical copies delivered, effectively providing a timely boost to its products’ IP protection.

“During COVID, we received electronic copies of patents that were granted, however, the official hard copies were withheld,” said Duane Marrett, Thermwood’s VP of Marketing. “A couple of days before Christmas 2021, we received a package containing the official hard copy of 32 additive manufacturing patents. This was certainly a one-day record for Thermwood and a welcome sight!”

“Although it is nice to have been granted these patents, it is even nicer to finally have the official hard copies in hand.”

Based in Dale, Indiana, Thermwood may be better known as a manufacturer of high-speed 3 and 5-axis CNC routers, but it has also established a strong 3D printing portfolio in the shape of its LSAM machines. Available in ‘MT’ and ‘Additive’ variants, each of the firm’s 3D printers feature a fixed table, high walls and a moving gantry, as well as closable doors that allow them to meet CE certification standards.

However, while the company’s 1010 and 1020 systems have both print and trim-capable heads, its Additive machines are print-only, featuring a 40mm LSAM printhead that Thermwood says can process “virtually all composite polymers.”

One of the standout features of the firm’s 3D printers is their sheer scalability. Each unit is said to be capable of creating parts up to 1,000 pounds in weight and four feet tall, or 2,000 pounds and ten feet tall with its newer Vertical Layer Printing (VLP) systems. Developed late last year, VLP enables extrusion in vertical rather than just horizontal layers, unlocking the 3D printing of parts at unprecedented heights.

“It is being used to produce a diversity of products including aerospace patterns, molds and tooling, heavy equipment foundry patterns, bus chassis, large valve body foundry patterns and trim tooling,” said Marrett. “It was even used to print the tallest 3D printed structure in the world, the 92-foot tall Al Davis Memorial Torch at Allegiant stadium in Las Vegas.”

Although Thermwood hasn’t disclosed the nature of the patents it was awarded during the pandemic, they’re understood to concern LSAM, a process it has made multiple filings to protect before. According to the firm itself, the technology is the most-used of its kind in the sector, thus the enhanced protection granted by its new patents should enable it to maintain what it sees as a market-leading position.

In practise, LSAM has been deployed within numerous applications since it was first launched in 2016, varying from aerospace and transportation parts to those used in industrial or architectural settings. During 2018, for instance, Local Motors revealed that it had installed a 10’ x 40’ Thermwood machine, which it intended to use to 3D print parts for its ‘Olli’ autonomous electric vehicle.

Thermwood’s technology has also proven to be extremely popular as an aviation production tool, with the firm first using it to create a 20-foot helicopter blade mold for Bell Helicopter Textron in February 2019, then deploying it alongside Boeing and the U.S. Air Force Research Laboratory to manufacture low-cost autoclave tooling later that year.

When Thermwood did receive the physical copies of its patents in December 2021, it was the most it had ever gained in one go, making it a record-breaking day for the company, and moving forwards, Marret says it has further innovations up its sleeve.

“Thermwood offers this unique patented technology on a wide variety of equipment,” concluded Marrett. “It includes a broad selection of machines, including single and dual gantry, fixed and moving table configurations, with both print-only and print-and-trim systems, from 5-by-10-foot to 20-by-60-foot print envelopes. They are working on even larger machines, but that’s for another day.”

Pushing large-format to the limit

Although the colossal 3D printing capabilities of Thermwood’s machines are no doubt impressive, it’s far from the only firm operating in the large-format thermoplastic part production space. At Formnext 2021, BigRep launched its largest-ever pellet extrusion system with the PRO, complete with 1020 x 970 x 985mm build volume and fiber-reinforced composite filament-processing capabilities.

Similarly, a year earlier, Titan Robotics released the 50″x50″x72″ build volume Atlas 3.6 3D printer, a machine specifically built to be capable of producing huge prints at heights of up to 6 feet. Also designed to process pelletized feedstock, the machine was said at the time to be one of the largest of its kind on the market, and possess potential tooling, pattern, mold and functional part production applications. 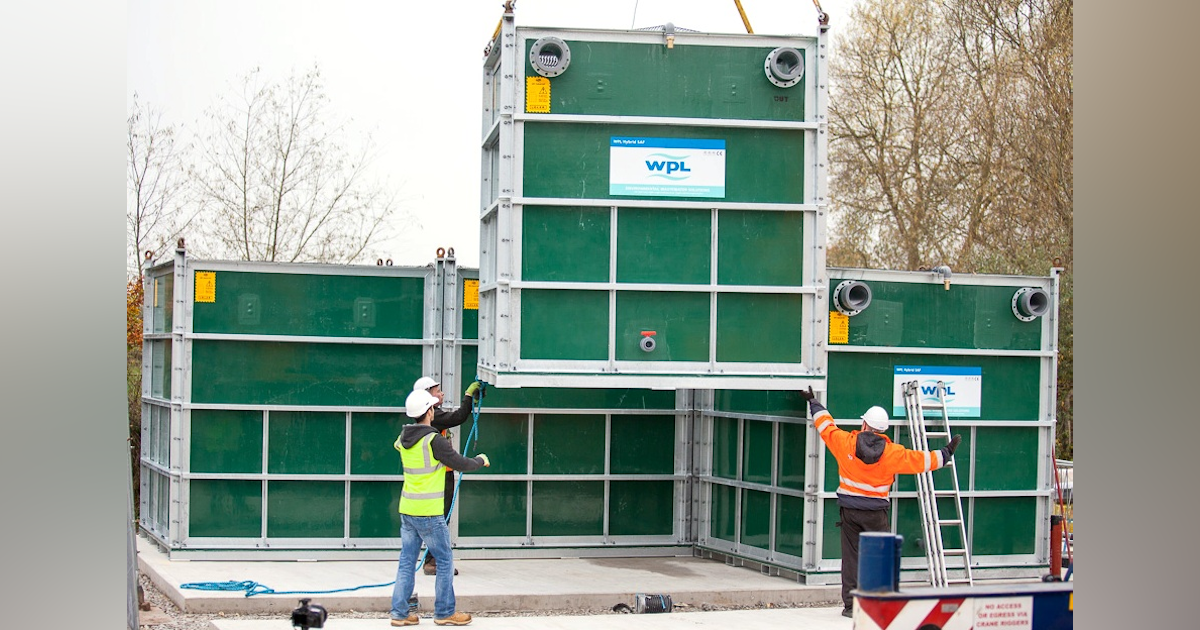 everything health
We use cookies on our website to give you the most relevant experience by remembering your preferences and repeat visits. By clicking “Accept All”, you consent to the use of ALL the cookies. However, you may visit "Cookie Settings" to provide a controlled consent.
Cookie SettingsAccept All
Manage consent