Plenty uses vertical farming to grow a high volume of leafy greens year-round. It plans to use the technology to grow other crops, including strawberries and tomatoes.

Walmart said Tuesday that it is investing in vertical farming company Plenty and plans to carry the start-up’s leafy greens in all California stores later this year.

The big-box retail giant did not disclose the size of the equity stake or the terms of the commercial deal, but said a Walmart executive will join Plenty’s board. Walmart’s investment is part of a $400 million round of funding for Plenty led by One Madison Group and JS Capital, with participation from SoftBank Vision Fund.

With the move, the country’s largest grocer is diving into a trendy area of food tech that brings farm produce closer to customers’ kitchen tables to boost freshness, limit waste and promote sustainability.

Food and agriculture start-ups have become a hot area for venture capital during the pandemic, particularly as consumers eat at home more often and retailers face supply chain challenges. Indoor agriculture also has become a potential solution to unpredictable weather patterns and natural disasters, such as California wildfires, fueled by climate change.

Walmart traveled the world, met with vertical farming companies and learned about the newer mode of agriculture for the past four years, said Martin Mundo, senior vice president of produce merchandising in the U.S. Walmart sees the approach as an environmentally friendly way to ensure a reliable supply of high-quality and affordable produce year-round, he said.

Vertical farming comes with several key benefits compared with traditional farms, according to a report by Morgan Stanley Research on the future of food. Crops can grow faster and with a larger yield because they rely on synthetic light sources instead of sunlight and aren’t subject to sudden changes of weather. The crops also can be grown without pesticides, which eliminates runoff that can damage wildlife and soil quality. And consumers typically see longer shelf life for their purchases because crops don’t spend long hours on the back of a truck or endure temperature changes from transportation.

Plenty’s lettuce varieties, which include kale, arugula and spring mix among others, are grown without pesticides. The brand is sold by some Albertsons stores and Amazon-owned Whole Foods outlets and delivered by grocery companies Instacart and Good Eggs. To date, Plenty has raised more than $900 million, including the latest investment.

“It creates the opportunity to actually get to scale, not just being a niche provider of expensive greens, as the category has somewhat been accused of in the past,” he said. “This isn’t just about high-quality, organic leafy greens. This is about getting to consumers on a more democratic and broad basis.”

San Francisco-based Plenty is one of several start-ups involved with vertical farming. Its competitors include Bowery Farming, AeroFarms, PlantLab and BrightFarms.

So far, lettuce and herbs have been the primary crops grown indoors — but the companies are chasing ways to grow more high-value produce.

All of Plenty’s farms are in California so far, but the company plans to expand to the East Coast soon and start growing other kinds of crops, Kukutai said. He said Plenty expects to sell strawberries and tomatoes to customers next year.

Kukutai took the reins as CEO at Plenty this month, after investing in the company through his food and agriculture tech fund, Finistere Ventures. Other earlier investors include, among others: Eric Schmidt’s Innovation Endeavors, Jeff Bezos’ eponymous fund Bezos Expeditions and Driscoll’s, a major grower of fresh berries. The California-based company also has a deal with Plenty to grow its strawberries indoors. 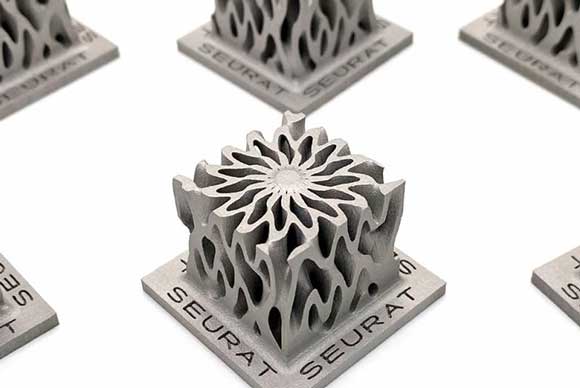