The experience of Aeros Lillstrom and Chris Brittenburg exemplifies the mettle that’s often involved in farmwork.

About 15 years ago, the couple broke ground on their produce farm, called Who Cooks For You.

They were both about 30 years old at the time and had 240 wooded acres in Armstrong County near the borough of New Bethlehem, about an hour drive northeast of Pittsburgh.

Lillstrom’s family owned the land, but there wasn’t much else.

“We were living in a pole barn that just had electricity. And we had a composting, like a bucket, toilet. … And we were taking showers out of a hose,” Lillstrom remembered.

“We had no time to do anything other than work, so we weren’t really spending any money,” she said.

Practically all the money they did spend went back into the farm. And the work itself was physically taxing.

“You lack infrastructure, so you end up carrying water, carrying this, carrying that – you were carrying everything, or pushing something or pulling something. And, without the help of an animal, which we didn’t have, it was … exhausting,” she said of the first season on the farm.

Who Cooks for You eventually got a tractor, plus other equipment and more land, and the business grew.

The farm now employs a dozen seasonal workers. Each week, a few of them line up along a conveyor belt to pack produce for roughly 2,000 customers in and around Pittsburgh.

Brittenburg says it’s still a tough business, where profit margins are thin and bad weather constantly threatens yields. But he and Lillstrom have reached a relatively steady state. After 14 seasons selling produce, they’ve begun to save for retirement and can plan on the occasional vacation.

“It was hard for years, and we had some really rough years,” Brittenburg said. “Luckily … we were able to push through loss and weather that. … I don’t look back on those years with fondness.”

Livestock farmer Drew Manko, 26, agrees that hardship is a fact of life in agriculture. He runs the Ross Farm in Eighty Four, located in Washington County. The business has been in his family for more than a century.

Manko said most of the people he grew up with witnessed the ravages of globalization and didn’t want to stay in agriculture.

“They watched the generation before them, their grandfathers, their fathers, struggle through the downturns of the industry in the 70s and the 80s and into the 90s. … And the only thing they wanted to do when they turned 18 was get the hell out of there,” he said.

Manko raises rare breeds of sheep, cattle, and other animals on 180 acres and sells the meat to nearby restaurants and retailers.

It’s hard work that doesn’t pay much: Manko estimated that, although demand for local food is growing, his farm nets less than $10,000 a year.

He said his passion for farming keeps him going.

“It’s what I love,” he said. “This was always kind of my happy place.”

Dairy farmer William Thiele said such enthusiasm is critical in farming, given the strenuousness, uncertainty and isolation the work often entails.

In their late twenties, Thiele and his twin brother, James, represent the sixth generation to farm their family’s land in Cabot, which is in Butler County.

“Farming is not a nine-to-five job. It’s a 24/7 lifestyle,” William said. “There are a lot of negative things in agriculture that can bring you down really fast. And so you need to stay positive and stay upbeat and get through it.”

But the stress of agricultural work can take a psychological toll. Farmer suicide rates are among the highest of any profession.

A resident of Cabot, she grew up in a farming family, and her husband, Zach, raises cash crops alongside her father and grandfather.

“My grandma actually, before she passed away and [when] I was still pretty young, she said, ‘I hope you don’t marry a farmer, Brittany,’” Speer remembered. “So being in her 60s, she understood how tough life is [in farming].”

Speer said, in the past, it was common for farmers to keep quiet about their struggles and adopt a “pull up your bootstraps” mentality.

But she said farmers her age are more inclined to open up.

“I always ask about [my husband’s] day, just try to keep that communication really open, because I know that [without that connection] that’s how they can start to pull back,” she said.

From the field to the factory

Founded in 2016, Fifth Season operates an indoor, vertical farm just feet from U.S. Steel’s Edgar Thomson plant. From the outside, the facility looks like a warehouse. But inside, greens such as spinach and lettuce grow on trays stacked 30 feet high across 25,000 square feet of grow space. The crops cover the equivalent of 200 acres, according to the company.

AI software works with robots and LED lights to control the environment inside the facility – there’s virtually no human contact with the crops.

Rather, about 20 production workers run machinery to plant, harvest, and pack the greens. (The bulk of Fifth Season’s roughly 100-person staff works in research and development, food safety, marketing, and other white-collar positions.)

Braddock native John Davis, 33, works on the seeding line, overseeing a machine that dispenses seeds, water and nutrients into the trays that conveyor belts whisk off to the grow space next door.

Davis said his job is easy.

“The machine, it does all the work itself. You just got to be there in case – you know, this is a machine – so little nicks and stuff might happen,” he said. But overall, he said, “Everything here is real simple. There’s really nothing hard.”

Davis has no experience in farming and never considered going into agriculture. But once a restaurant cook, he said he finds food production to be a gratifying occupation. 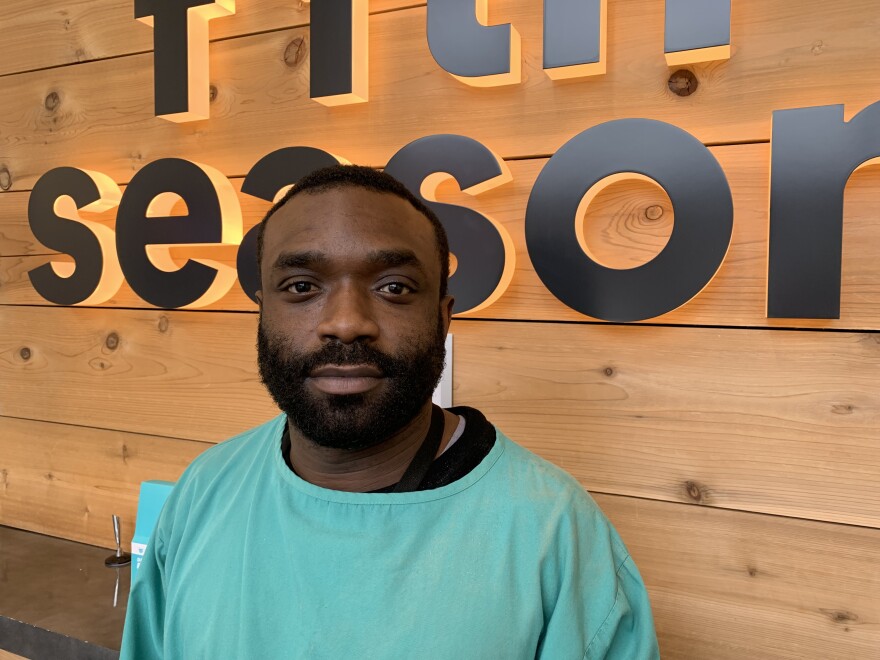 John Davis became a production worker at Fifth Season in January. Previously a restaurant cook, he said he didn’t need much training to get started. Photo: An-Li Herring / WESA

“I like to see the final product. That’s what I really like to see, all of the colors and everything,” he said. “And then when I’m eating it, I know exactly where it came from. I know when it was planted, when it came out.”

Fifth Season sells its greens and salad kits at Giant Eagle and local eateries as well as online. Due to short travel times from the Braddock facility, the produce stays fresh for several weeks following purchase, the company says.

Fifth Season co-founder and CEO Austin Webb describes his company’s work as “smart manufacturing.” And he said it can attract a completely different workforce than traditional agriculture.

“There are certain jobs that need to be done that humans can’t do or don’t want to do,” Webb said. “The more that we can take that off the table and make it so that folks can come in and instead think about, ‘Let me look at the health of this piece of equipment with an iPad,’ as opposed to … more backbreaking work, that’s important.”

But high-tech farming requires far more capital upfront than a standard farm: Fifth Season has raised $75 million in equity, along with nearly $25 million in other types of funding such as loans and grants, Webb said.

The technology still has a long way to go when it comes to growing a variety of plants, including staple crops such as wheat and corn. But Webb said, in the next five years, Fifth Season will establish new sites across the country for growing greens.

The startup can replicate the method anywhere, he said, because it avoids the limitations of weather and geography. It also makes agricultural work less physically demanding and, thus, an option for more people.

This report is the third in a series about the challenge of cultivating a new generation of farmers in Pennsylvania.

Farming is grueling work, but a Pittsburgh startup is using technology to make it easier 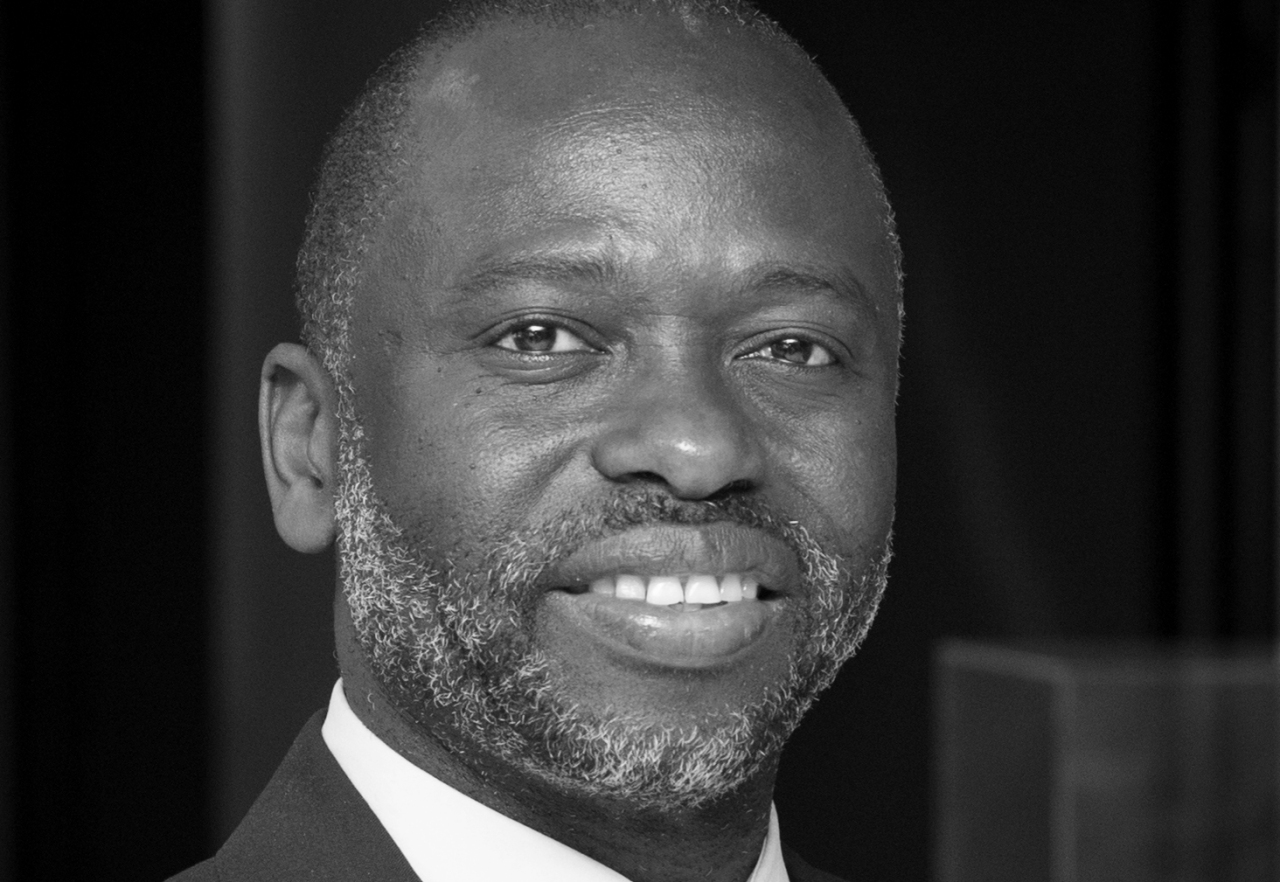 Next post Using technology to revolutionise agriculture and comba…