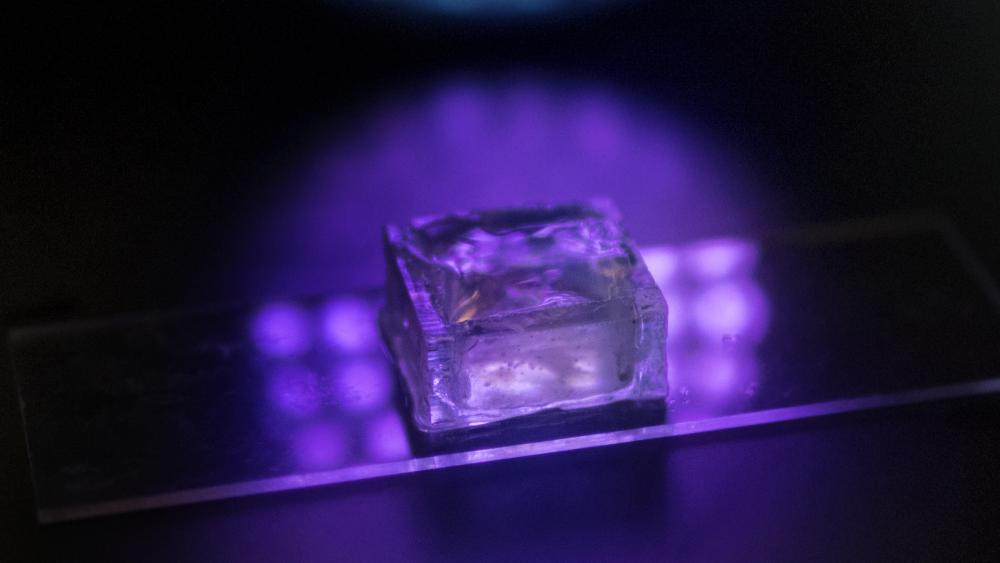 “Repairing injuries to the skin and bones of the skull is particularly difficult given the many layers of different types of tissues involved,” he said. “Trying to work with these two materials at one time is an even greater challenge.”

Currently, he explained, fixing skull injuries requires the use of skin and bone from another part of the patient’s body, which requires additional surgery, or from a cadaver, which runs the risk of rejection by the patient’s immune system. For their study, Ozbolat and his colleagues instead created a printable bone material using a mixture of collagen; chitosan, a sugar from the outer skeleton of shellfish; nano-hydroxyapatite, a component of tooth enamel; and bone morphogenetic protein-2, an FDA approved growth factor for bone regeneration. For the skin, they used collagen and fibrinogen, a protein made in the liver that aids in blood clotting.

After precisely scanning the rat’s skull defect, Ozbolat explained, the 3D printer followed the 3D “blueprint,” extruding the bone material onto the wound, followed by a barrier material, and then the skin material. The whole process took less than five minutes. After separately repairing the 6-millimeter-wide hole in the skin and the 5-millimeter-wide hole in the bone, they moved on to repair both during the same surgical procedure. “There is no surgical method for repairing soft and hard tissue at once,” noted Ozbolat.

The next step, he said, is to add compounds that can help to facilitate vascularization, since blood flow to bone is especially important for healing. He and his team are already working with neurosurgeons, craniomaxillofacial surgeons, and plastic surgeons at Penn State Hershey Medical Center to translate this research to human applications.

In addition to repairing skin and bone, Ozbolat and his team are using 3D bioprinting to help in the study of breast cancer. In a recent study, the team generated tumor models, called tumor spheroids, to study how a tumor cell’s distance from nearby endothelial cells — cells that line the walls of blood vessels — and fibroblasts — connective tissue cells — influences its ability to grow. The closer a tumor cell is to an endothelial cell or fibroblast, they found, the more aggressively it is likely to spread.

“In research like this, it is important to maintain precision in the variables that are being tested,” said Madhuri Dey, a doctoral candidate in chemistry. “In this project, 3D printing allows us to precisely adjust the position of the tumor with respect to the main blood vessel so we can observe the effects of distance on tumor growth. Using a natural tumor would introduce too much variability.”

While 3D printing of biological materials has the capability to transform healthcare, the technique may also overhaul the way we design and build our living structures — not only on Earth, but perhaps even in space.

Recently, Jose Duarte, Stuckeman Chair in Design Innovation, and Shadi Nazarian, associate professor of architecture, co-led an interdisciplinary team of students and faculty that took second place in a NASA competition. The goal? To design an autonomous system capable of creating a human shelter on Mars using 3D-printing technology. With their entry, the team managed to build the world’s first fully-3D-printed structure to include a roof built in place without formwork or molds, Duarte said.

“The other teams printed the roof separately and raised it to its position afterward, or else used formwork to avoid its collapse during printing,” added Duarte.

Duarte credited Sven Bilén, professor of engineering design, technology, and professional programs, for his unique contribution to the printing system. “Sven added an ingenious extension to the robotic arm that allowed it to reach far enough to print the entire structure, thereby increasing what we call ‘design freedom,’” said Duarte.

Another challenge of the competition was to 3D print with a specialized concrete that can withstand extreme environmental conditions as a finished structure. Aleksandra Radlinska, associate professor of civil engineering, brought to the team her expertise in cement and concrete behavior. 3D printing with concrete can be tricky, Radlinska explained, because the mixture needs to be fluid enough to be extruded through a printing nozzle, but afterward stable and strong enough to support additional layers. When done right, researchers have shown, 3D printing with concrete can result in structures that are equally strong to those traditionally built, while using less material. 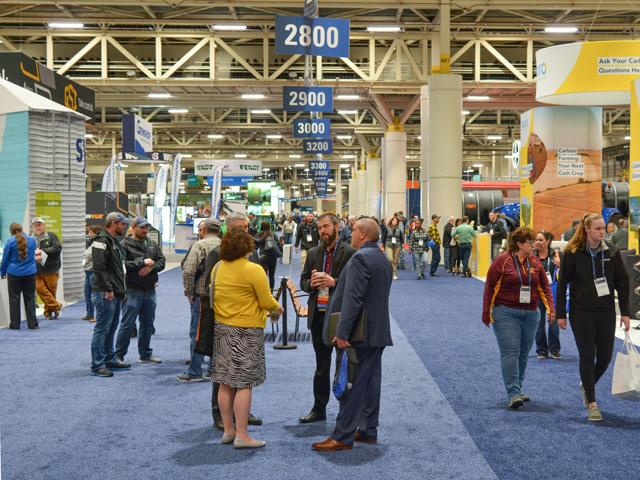