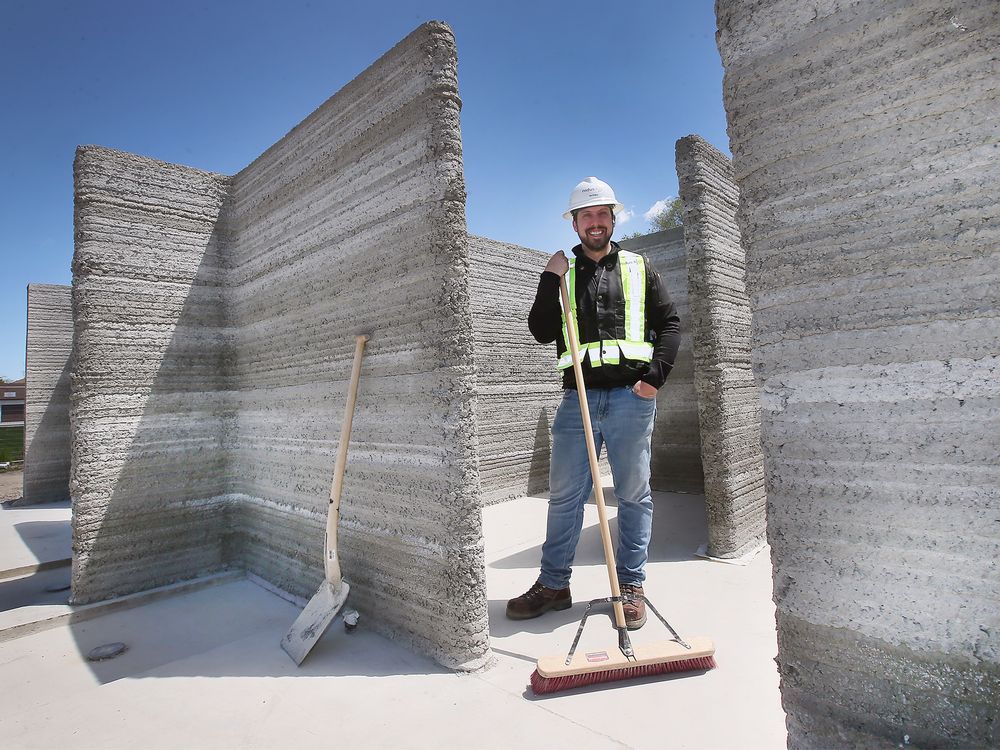 If only the walls of the latest local Habitat for Humanity home being constructed in Leamington could talk.

They aren’t even finished and they’ve already made history on a national and international front.

The cement walls on the four-unit residential build behind the Bridge Youth Resource Centre were printed in layers by a massive 3D printer.

“We like to refer to it as automated masonry placement,” said Ian Arthur, president and founder of nidus3D, the Kingston-based company working in conjunction with University of Windsor civil engineers on the project.

When complete later this summer, it will be the first 3D residential structure in Canada and the first multi-unit in North America.

“Once it’s in there you can’t tell they’ve been put in place with layers,” Arthur said of the walls. “And once it’s finished you won’t be able to tell it’s a printed house.”

The giant onsite printer can churn out cement 24 hours a day.

The walls of two units were on display Tuesday and already refinements to the process will cut the time needed to print walls for the next two units by a third, Arthur said.

“Realistically we will be able to print them in a week, week-and-a-half,” he said. “The current solutions for addressing the housing crisis are just not adequate. We think technology like this is part of the solution.”

Both construction timelines and costs can be reduced using 3D technology.

Fiona Coughlin, Executive Director and CEO of Habitat Windsor-Essex, said the four-unit building will cost an estimated $600,000 “but through research the price will come down over time.”
Funding was provided by the national office of Habitat for Humanity and by the Canadian Mortgage and Housing Corporation.

“This is a pilot project,” Arthur said. “This is a first step and we’ll use this as a springboard for other developments and increase the efficiency in how we build.”

Partnerships with UWindsor and Invest WindsorEssex are what swayed Habitat’s national representatives to choose the local chapter for this truly ground-breaking build.

Civil engineering professor Sreekanta Das and his team, which includes onsite PhD students Bruno Paini and Marcos Silveira, are constantly testing the structural integrity of the printed walls both in Leamington and through samples sent back to UWindsor’s campus lab.

“It’s exciting to be part of something brand new but it’s also a little bit scary,” Coughlin said. “We couldn’t have done it without the University of Windsor’s research and it’s structural testing lab.”

Das has been involved since the concept stage. He was the one who reached out to contacts at CMHC to see if they were interested in a new, efficient way to provide safe, affordable housing.

“These are exciting times and a great solution,” said Leamington Mayor Hilda MacDonald who has watched her community struggle to find adequate and affordable housing for years.

“The concern is that housing is built so it’s affordable but it also has to be economically sustainable for the owner,” MacDonald said.

Just who will live in the new 3D printed dwelling has yet to be determined according to Krista Remple, Executive Director of The Bridge Youth Resource Centre.

Each unit is approximately 700-square feet making it suitable for a single occupant or a couple.

“We’re in the development phase of establishing our policies and procedures,” Remple said of the selection process.

Occupancy likely won’t happen until the end of the year since the four-unit build is part of a larger initiative by The Bridge that will see eight pre-fabricated units located next door in the coming months. In addition to that, The Bridge will also oversee 30 tiny homes that will be built on the Sherk Street property so that eventually the new community is a mix of affordable, mid-market and market-level housing.

“We want a safe and inclusive community,” Remple said.

“This can pave the way and have a meaningful impact on the housing crisis,” Coughlin said. “This could be the tip of the iceberg.”

Sign up to receive daily headline news from the Windsor Star, a division of Postmedia Network Inc.

Thanks for signing up!

A welcome email is on its way. If you don’t see it, please check your junk folder.

The next issue of Windsor Star Headline News will soon be in your inbox.

We encountered an issue signing you up. Please try again 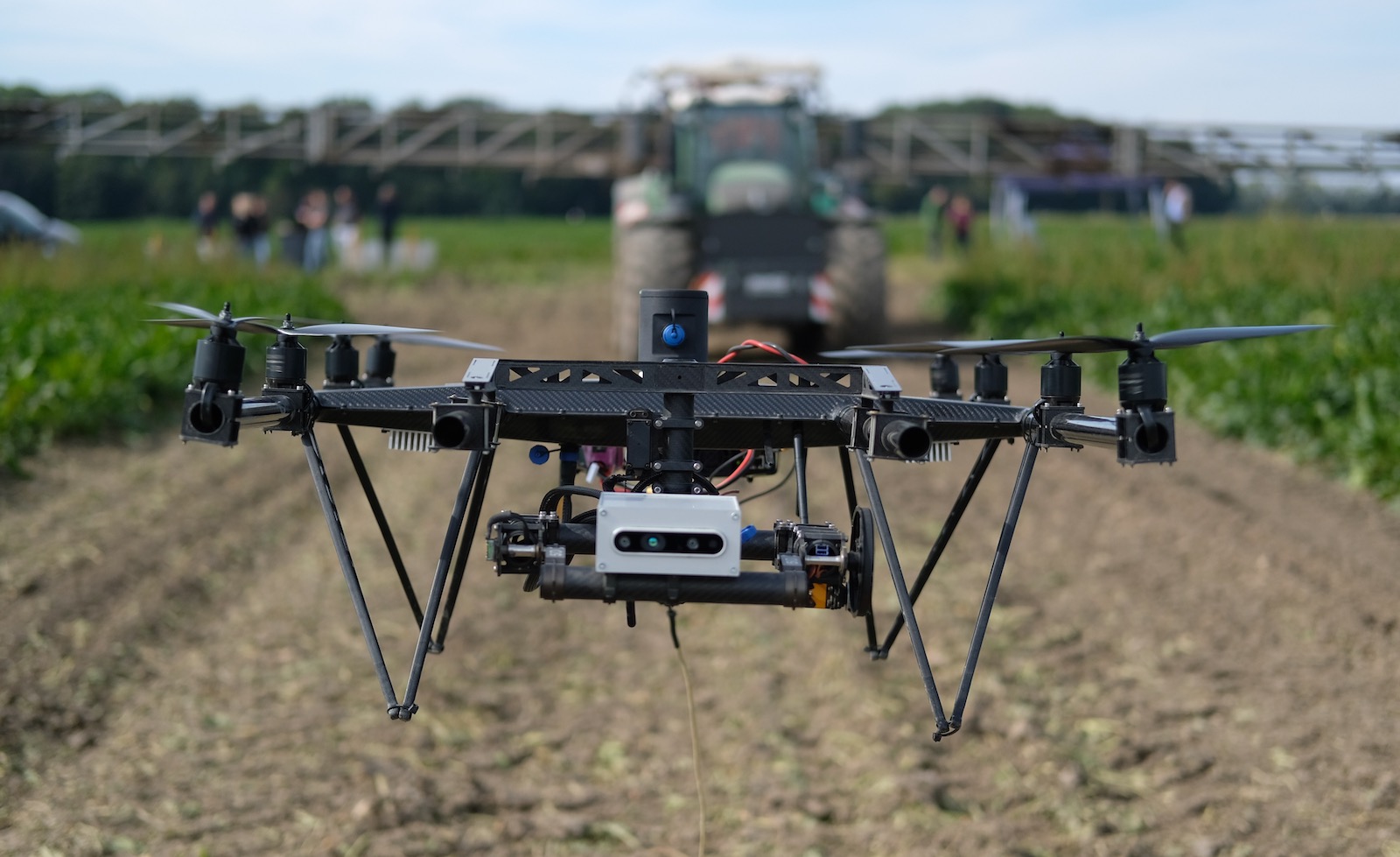 Previous post Although the data is thin, advocates say robotics and AI will soon revolutionize agriculture