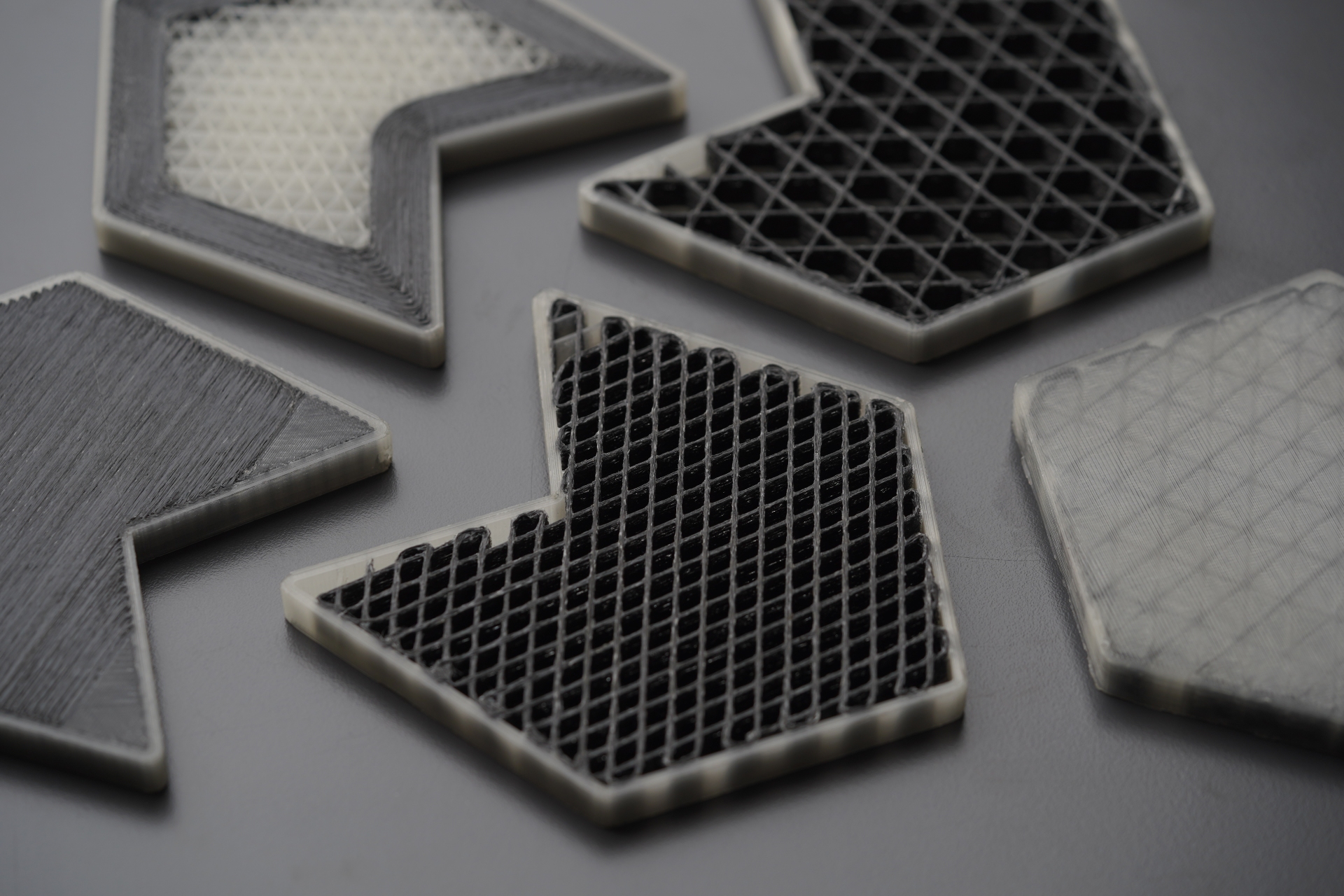 Researchers from the Iran Polymer and Petrochemical Institute are taking a deeper dive into the mechanical properties of glass fiber-reinforced 3D printing filaments in a bid to enable stronger composites.

According to the research paper, this is the first study showing the effects of ABS weight percentage on the mechanical properties of 3D printed continuous fiber-reinforced composite parts, paving the way for improved material formulations.

The need for continuous fiber reinforcements

Fused filament fabrication, or FFF, is the most widely used 3D printing technology around.  The low-cost and accessible nature of the process has made it suitable for hobbyist makers in all four corners of the globe, but it also has extensive applications in professional and industrial settings. For example, the automotive sector has leveraged FFF 3D printers for everything from prototypes and end-use parts to manufacturing tooling and spare parts.

Unfortunately, FFF parts tend to suffer from relatively low strength – even those fabricated on high-performance 3D printers. One way of addressing this issue is through the use of fiber reinforcements, which can be broken down into two distinct types: chopped fibers and continuous fibers.

Chopped fibers are short and simply fill the material matrix without any specified orientation, while continuous fibers run from one end of the part to the other along a specific plane. The former is easier to achieve but brings with it problems such as nozzle clogging and insufficient part strength increases. The latter, although more difficult to achieve, results in much higher strength 3D printed parts that can be dozens of times stronger than an unreinforced counterpart.

The results of the study

To start off, the research team prepared four different formulations of continuous glass fiber-reinforced ABS (2%, 10%, 20%, and 30% ABS weight). Each of the composite filaments was used to 3D print test sample parts, which were then evaluated via tensile, three-point bending, and interlaminar shear strength tests.

The results showed that the tensile strength values of the composites were 89, 91, 91, and 94MPa, respectively. As expected, all four values were significantly higher than neat ABS, which only came in at 28MPa. In fact, the mechanical test results also showed that all of the glass fiber-reinforced composites had improved strength and modulus in the tensile, three-point bending, and short beam tests when compared to base ABS.

However, statistical analysis showed that the ABS weight percentage had no significant effect on the mechanical strength of the parts, except for the tensile modulus. It was the 2% ABS formulation that showed a significant improvement in tensile modulus, which the researchers attribute to an increase in the glass fiber volume fraction as a result of less ABS content.

As such, the team concluded that a minimum weight percentage of ABS (2%) should be used to achieve maximum mechanical properties in glass fiber-reinforced composites.

Further details of the study can be found in the paper titled ‘An experimental and numerical investigation on mechanical properties of 3D printed continuous glass tow preg-reinforced composites’.

Fiber-reinforced filaments are crucial when it comes to enabling certain high-performance 3D printing applications. Recently, engineers at McGill University and Ryerson University managed to turn environmentally-damaging wind turbine waste into a robust, reinforced PLA 3D printing material. Using a mixture of mechanical grinding and pyrolysis, the team was able to recycle a now-defunct wind turbine blade into a fine fiber powder, which delivered higher strength and stiffness than virgin fiberglass.

Elsewhere, Continuous Composites, a developer of composite 3D printing technology, was awarded a $750,000 contract from the Department of Defense to 3D print multifunctional composite wing structures for attritable (low-cost, disposable) unmanned aircraft. Specifically, the contract is concerned with 3D printing an integrated wing spar and rib configuration in a single monolithic wing frame.

Next post “Robotic Construction Can Help Us Design Better Buildings”: An Interview with HANNAH