Gordon Tam, cofounder and CEO of vertical farming company Farm66, wants to show that agriculture—combined with technology—has a promising future in cities, deserts and even in outer space.

In early February, residents of Hong Kong—an Asian financial hub home to 7.4 million people—faced a shortage of fresh food. Shelves stocking vegetables and the like were empty across supermarkets in the city as strict Covid-19 controls across the border in mainland China badly disrupted fresh food supplies.

Hong Kong, a densely populated city where agriculture space is limited, is almost totally dependent on the outside world for its food supply. More than 90% of the skyscraper-studded city’s food, especially fresh produce like vegetables, is imported, mostly from mainland China. “During the pandemic, we all noticed that the productivity of locally grown vegetables is very low,” says Gordon Tam, cofounder and CEO of vertical farming company Farm66 in Hong Kong. “The social impact was huge.”

Tam estimates that only about 1.5% of vegetables in the city are locally produced. But he believes vertical farms like Farm66, with the help of modern technologies, such as IoT sensors, LED lights and robots, can bolster Hong Kong’s local food production—and export its know-how to other cities. “Vertical farming is a good solution because vegetables can be planted in cities,” says Tam in an interview at the company’s vertical farm in an industrial estate. “We can grow vegetables ourselves so that we don’t have to rely on imports.”

Tam says he started Farm66 in 2013 with his cofounder Billy Lam, who is COO of the company, as a high-tech vertical farming pioneer in Hong Kong. “Our company was the first to use energy-saving LED lighting and wavelength technologies in a farm,” he says. “We found out that different colors on the light spectrum help plants grow in different ways. This was our technological breakthrough.” For example, red LED light will make the stems grow faster, while blue LED light encourages plants to grow larger leaves.

Farm66 also uses IoT sensors and robots for quality control and to help manage the 20,000-square-foot indoor farm, which help the company recruit and retain workers. “A big problem for traditional farming is the lack of talent,” says Tam. “It’s because the children of many remaining farmers don’t want to take over the farms. They think it’s a very tedious job.”

“But by using technology, we can improve the working environment so that young people will be willing to farm,” he says. Farm66 currently employs 15 full-time employees, including data analysts, food scientists and mechanical engineers, producing up to seven tons of vegetables a month.

It was Farm66’s use of technology, especially its data analytics on light intensity, water flow and air conditioning, that attracted ParticleX, a tech-focused venture capital firm in Hong Kong backed by billionaire Tang Yiu, to invest in the company. “I appreciate that Gordon and his team had done quite a lot of data analytics on the farming mechanism,” says Mingles Tsoi, chief exploration officer of ParticleX. “So that’s why we picked them as our primary target for investment.”

Earlier this year, Farm66 also received funding from the Chinese government’s Hengqin Financial Investment and was accepted into HK Tech 300 Angel Fund, a startup support program by City University of Hong Kong (where cofounder Lam earned a bachelor’s degree in applied chemistry). Last year, the company made the inaugural Forbes Asia 100 to Watch list, which highlights notable small companies and startups on the rise across the Asia-Pacific region.

Know a startup or small company that’s a one-to-watch? Nominate them here.

“A more sustainable consumption behavior is to consume locally.”

Farm66 grows leafy greens, herbs and fruits aquaponically—a sustainable agricultural technique in which plants are grown using nutrients from fish waste instead of commercial fertilizer. The plants, in turn, filter the water in which the fish live, creating a self-regulating indoor ecosystem.

The company packages the produce for sale to supermarkets, hotels and high-end retail stores. Farm66 also recently received inquiries from schools and private organizations to help grow their own food in kitchens and small spaces. “We provide farm-to-table systems to organizations so that they can grow vegetables for themselves,” says Tam, who holds a master’s in sustainable urban development from the Hong Kong Polytechnic University. “We want to promote urban farming and ESG principles to improve quality of life.”

“People will be aware of the environmental, social and governance issues of importing something far away from your location—it will consume more energy and emit more carbon,” says ParticleX’s Tsoi, who is also director and a founding member of the Hong Kong Institute of Social Impact Analysts. “A more sustainable consumption behavior is to consume locally.”

Tam, who did his undergraduate studies at Washington State University, now plans to expand Farm66 beyond Hong Kong and export its urban farming systems and know-how to other cities. For example, Farm66 created a mobile farm from a shipping container for desert cities in the Middle East.

Tsoi points to the Greater Bay Area, a Chinese government plan to integrate Hong Kong and the gambling hub of Macau with nine cities in southern China into one big economic cluster, and Southeast Asia, home to some of the world’s most densely populated cities, as potential markets for Farm66.

And like billionaires Elon Musk and Jeff Bezos, Tam is looking beyond Earth-bound opportunities. “We are exploring new ideas about farming in outer space,” he says. “We took the lead to research on the future of farming, such as growing plants in a zero-gravity environment.”

“We have lots of innovative farming ideas,” adds Tam. “We hope to help the public understand that agriculture, combined with technology, has a promising future.”

— With assistance by Robert Olsen. 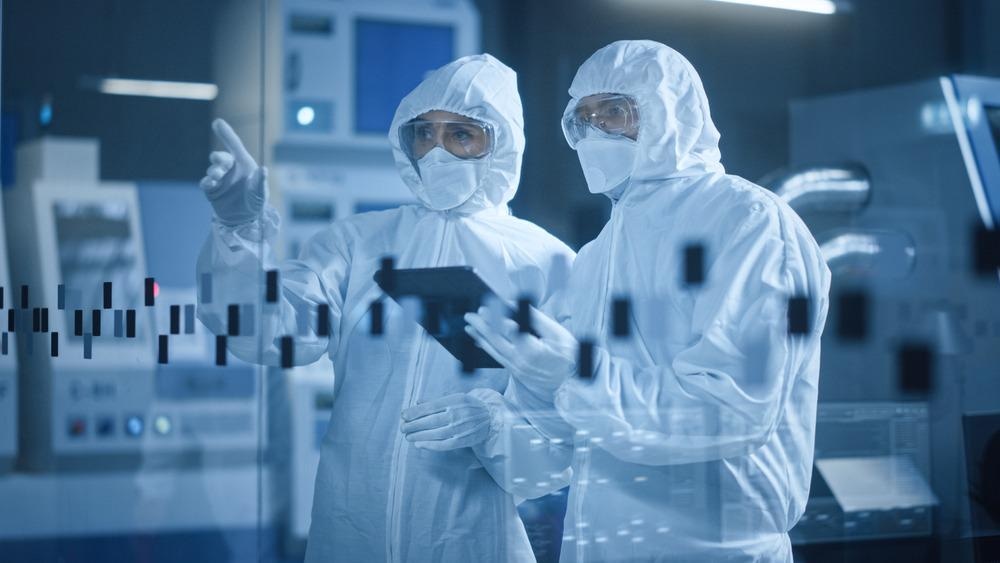 Next post Australia’s Adoption of Construction Technology a Gradual Process