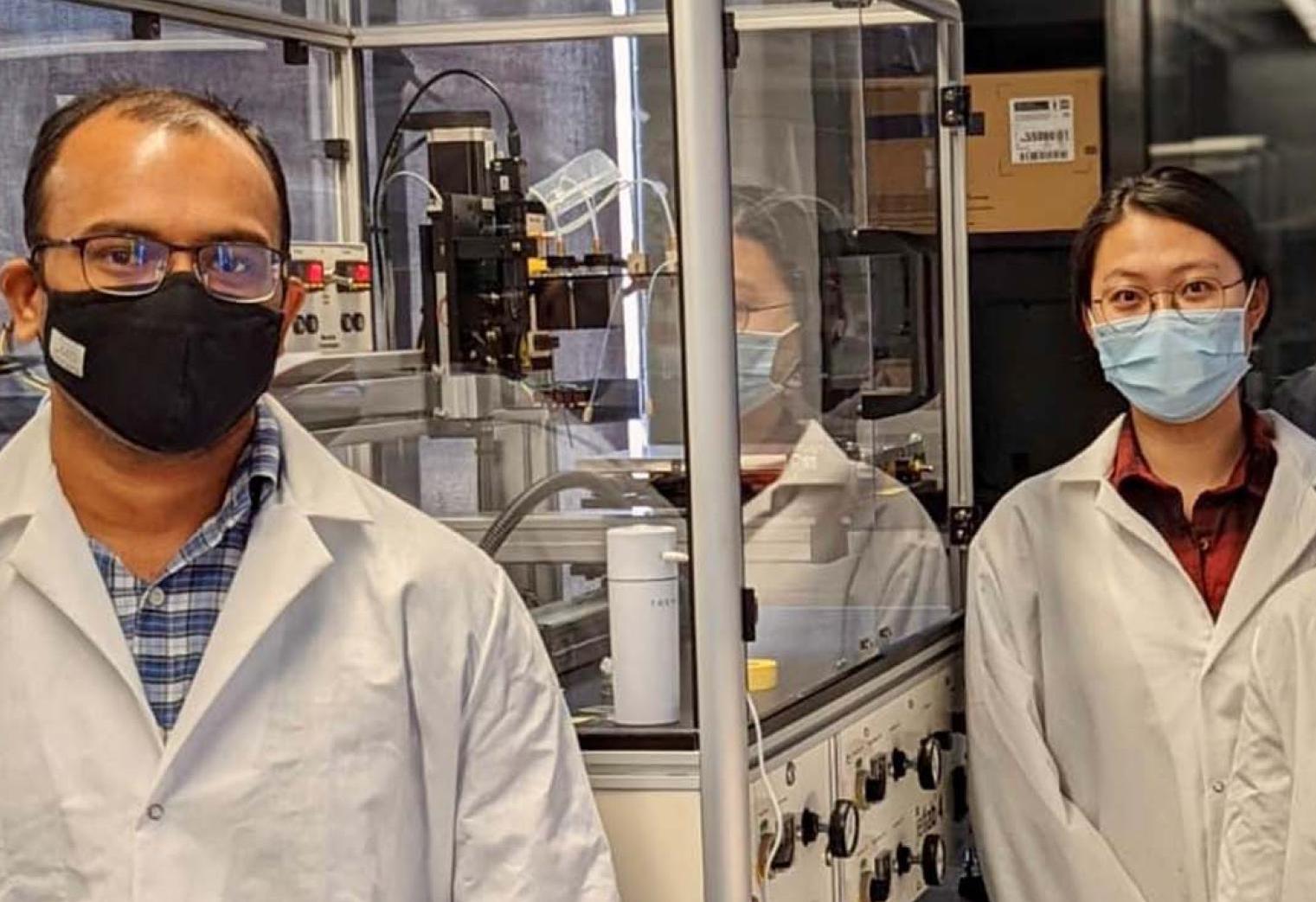 Using an in-house-developed 3D printing technology, a team at PharmE3D are honing a means of producing personalized alternatives to commercial intrauterine devices (IUDs), which are effective but sometimes painful female contraceptives.

Having been awarded United States Agency for International Development (USAID) funding to further the development of these IUDs, the researchers now hope to roll them out on a wider scale, improving women in developing countries’ access to contraceptives, while minimizing the “debilitating side effects” of their insertion.

“This USAID grant has the potential to make a significant impact on women’s reproductive health in the developing world,” says Dr. Mo Maniruzzaman, an assistant professor at the university’s Division of Molecular Pharmaceutics and Drug Delivery. “Our collaboration with CONRAD and EVMS has been fruitful at the further development of 3D printing technologies to tackle global health issues and healthcare access.”

According to the PharmE3D team, IUDs are one of the most effective contraceptives available, as they have “higher continual use rates” than other birth control methods. This assertion is certainly backed by statistics, with Statista contraceptive data dating back to 2019, indicating that IUDs are the third most-used means of preventing conception among women of reproductive age in the world.

Of all the IUDs available, the most common in the US is a brand called ParaGard, the only non-hormonal devices of their kind available in the country. In practice, the contraceptive is implanted into a woman’s uterus, where once installed, it releases copper ions that reduce the mobility and viability of sperm, thus preventing conception from occurring.

As an added benefit, the presence of such devices is said to lead to the accumulation of polymorphonuclear lymphocytes in the uterus and affect cervical mucus in a way that boosts their efficacy, but they don’t tend to change womens’ menstrual frequency.

On the contrary, commercial IUDs often lead to increased menstrual flow, causing cramping and discomfort among those that have undergone insertion. While the level of this pain can vary in intensity, it sometimes reaches a point that women ditch their IUDs altogether, and the PharmE3D team claim that 10-13% of all users remove them within a year.

In an effort to further improve the efficacy of IUDs, as well as reduce the suffering of those that adopt them, the PharmE3D team has begun developing an additive manufactured alternative. Although the researchers haven’t disclosed the exact technology behind the project, they have revealed that it’s an “optimized 3D printing process” which personalizes IUDs to lessen discomfort upon their insertion.

The research is being carried out alongside the Contraceptive Research and Development or ‘CONRAD’ organization, which works to improve the reproductive health of women across the globe. Since being established by USAID and Eastern Virginia Medical School in 1986, CONRAD has become a pioneer in the R&D of low-cost, safe and noninvasive HIV prevention methods as well as contraceptives.

Working with the group, the PharmE3D team now aims to perfect the design of their own IUD, before deploying it to improve access to long-term, effective contraception for women around the world. Having gained USAID backing, it may have already taken a big step towards achieving this, as the agency is one of the largest of its kind, and responsible for over 50% of all US foreign aid spending.

AM in advancing womens’ health

3D printing may not be utilized regularly in the world of clinical contraceptive production, but it has been deployed as an effective means of addressing womens’ health issues multiple times before. Late last year, researchers at the University of Debrecen and University of Szeged developed a novel drug-filled vaginal ring, designed to provide women with a more accessible way of treating infections.

Similarly, scientists at Henan University and the Beijing Institute of Radiation Medicine have previously come up with custom 3D printed vaginal medications. Leveraging a fused filament fabrication (FFF) system, the team there were able to produce vaginal rings of their own, though these were designed to treat menopause symptoms rather than infections.

In terms of contraceptives, a team at the Massachusetts Institute of Technology also developed mini-devices in late-2018 with the potential to be used as 3D printed birth control pills. Known as ‘gastric resident electronics,’ these tablets are designed to sit in the stomach and sense the body’s response to infections or medications, but it was thought at the time that they could administer drugs as well.

Featured image shows some of the scientists behind the PharmE3D IUD 3D printing project. Photo via the University of Texas at Austin. Previous post Help still wanted: Hunt for IT talent is hot at a wide range of Triangle firms 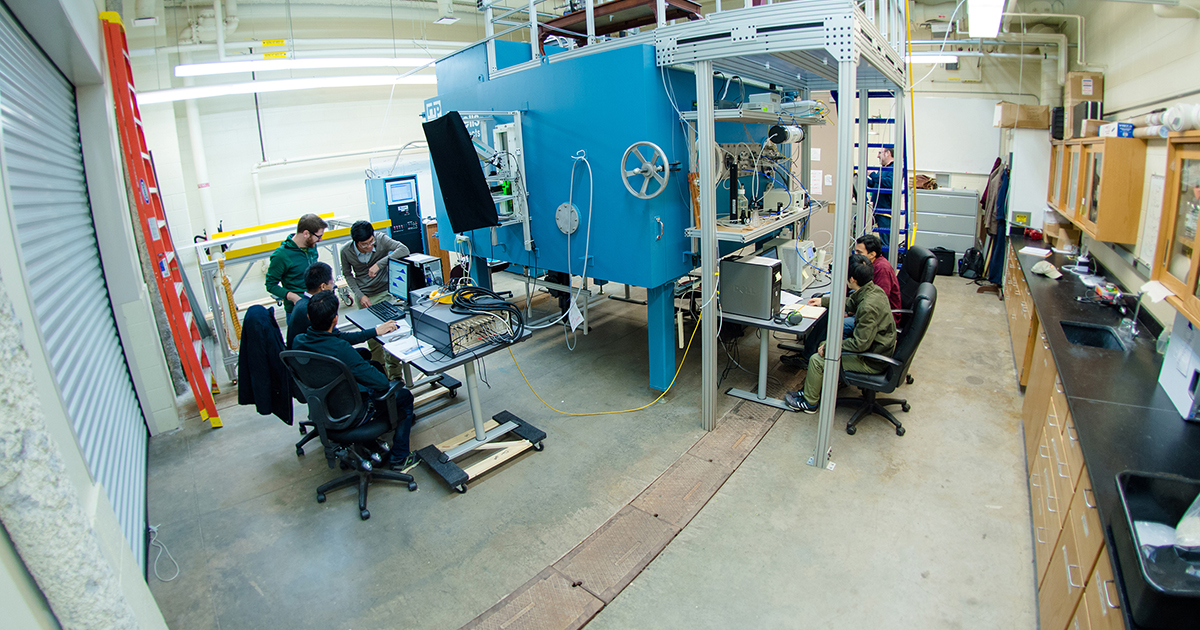